THANK YOU FOR SUBSCRIBING

Dr. Paul Jaewoo Kim, CEO and founder
Every so often, there comes a technological revolution that changes the status quo of an industry or challenges the modus operandi of conventional best practices. One such revolution is the discovery of Boron Nitride Nanotubes (BNNT), which redefined the advanced materials landscape through its undisputed safety and durability characteristics.

As the quest for resilient industrial composites and advanced materials intensifies, BNNT emerges as a game-changer that replaces and/or overcomes the conventional, widespread utilization of Carbon Nanotubes (CNT) across the global manufacturing marketplace as the industry standard. An issue that most OEMs and manufacturers face, however, is in acquiring BNNT, due to a lack of a suitable mass production technique.

To reduce the deficit of this problem, NAiEEL Technology, a BNNT producer, conducted extensive and expansive studies that eventually led to an astounding discovery for the creation of BNNT through a cheaper process than those that exist currently. NAiEEL Technology’s production technique allows for the fast creation of BNNT by a heat treatment process using continuously operable furnace systems. The method also brings along with it many benefits for manufacturers that use nanotubes in their regular production workflow. “The economic advantages of our production technology are as follows: lower initial materials overheads, greater production capacity per unit system, low system cost, and higher savings due to energy-efficient power consumption,” says Dr Paul Jaewoo Kim, CEO of NAiEEL Technology.

Before making a breakthrough in the BNNT mass production space, Kim was a Principal Researcher at the Korea Atomic Energy Research Institute, where, for many years, he led the synthesis of BNNT for nuclear applications. It was at this stage that he invented and acknowledged a technology to mass-produce BNNT that was unique and innovative and could be commercialized for industrial use across manufacturing facilities and production floors. Prior to the current production technique that he created in the BNNT space, Kim had also developed two other technologies licenced to industry while still under the institute’s fellowship.

NAiEEL Technology’s mass production methodology is capable of synthesizing BNNT that can be incorporated directly into various industrial operational structures depending on the goals and requirements of the BNNT applicability. “We produce several grades of BNNT products, which are 40 (NanoBorNT-40), 70 (NanoBorNT-70), and 90 (NanoBorNT-90) percentage in BNNT mass with crystalline h-BN balance,” says Kim. Another essential feature of NAiEEL’s BNNT is its natural direct dispersion characteristic with resins/solvents.

While typical nanotubes are entangled and long in shape and must be cut down to size to acquire dispersion, NAiEEL’s products can achieve this goal with relative ease due to a straight and wider diameter (30~50 nm) and shorter (>10 μm) than the current products available in the market. Consequently, the technique makes it effortless to economically and practically apply NAiEEL’s BNNT in many areas such as IT/IoT, space/nuclear engineering, energy and environment, and biomedical, to name a few.

While fully commercialized BNNT-based products are still in the developmental stage, some of the key innovations are electrically insulating thermal conducting materials and piezoelectric sheets for sensing and energy harvesting purposes. In addition to these, there are a vast number of industrial applications facilitated by NAiEEL, including the membranes for green energy and high capacity secondary batteries such as Li-Air and Li-S, and BNNT-metals and polymers composites. “We can offer BNNT, which is a fundamental nanomaterial that can be used in various industrial sectors, with affordable economics and characteristics,” elucidates Kim.

To capitalize the BNNT market on a global scale, NAiEEL runs a subsidiary company, NAiEEL Co., in Ohio, US; the facility will act as a distribution centre for industrial collaborations shortly. Besides BNNT mass production, NAiEEL will also develop and commercialize BNNT based piezoelectric sensors for personal healthcare monitoring devices and systems.

Ultimately, the successful execution of the BNNT business has made it possible for NAiEEL to contribute to the technological and economic growth of its country by addressing the industrial needs for the advanced materials of manufacturing. “We believe that a fundamental component such as BNNT can contribute to a transformation of the industrial paradigms that exist within the fourth Industrial Revolution,” comments Kim. “Presently, all team members at NAiEEL are working together closely with passion and pleasure, and we are proud of our achievements in providing a solution for a cleaner energy and environment landscape for the next-generations of civilization.”

With the belief that open innovation is the way forward to develop a business in the BNNT space, Kim is preparing to discuss the possibilities of a collaboration with researchers, industry leaders, entrepreneurs, investors, VCs and more to propel the development of this technology across various industrial avenues. Conclusively, the core objective of NAiEEL is to spread happiness amongst human beings and maintain the welfare of the global socio-economic construct while continuing on its journey as a forerunner and world leader in the BNNT business. 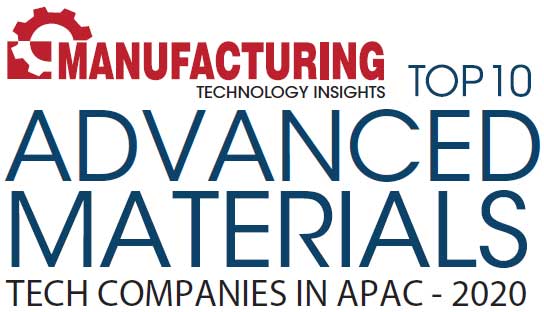 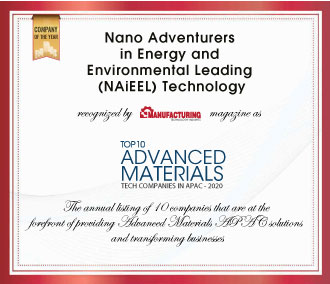 Description
NAiEEL Technology are commercial producers of BNNT and BNNT based products for multi-use in advanced industrial manufacturing sectors such as space and nuclear as well as in certain areas of IT/IoT. The company’s production technique allows for the fast creation of BNNT by a heat treatment process using continuously operable furnace systems. The method also brings along with it many benefits for manufacturers that use nanotubes in their regular production workflow. Besides BNNT mass production, NAiEEL also develops and commercializes BNNT based piezoelectric sensors for personal healthcare monitoring devices and systems

However, if you would like to share the information in this article, you may use the link below: